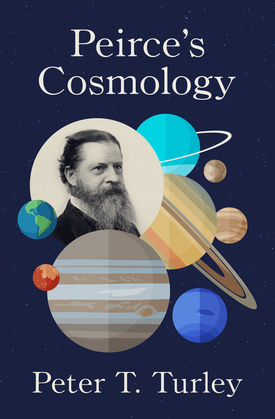 A critical sketch of Charles Sanders Peirce’s beliefs on the origin of the universe and its evolutionary development.

Charles Sanders Peirce was a nineteenth-century American philosopher and logician known as the father of pragmatism. He devoted much attention to the subject of cosmology, or the origin and development of the universe, but he did not produce substantial work on the subject. In this text, Peter T. Turley collects and analyzes Peirce’s writings on what he called “physical metaphysics.” Peirce’s Cosmology offers a view of nature that may seem commonplace today, but in his time, it represented a break with traditional theories of philosophy and science. His trailblazing writings and Turley’s analysis are sure to be of interest to readers of many schools of thought.