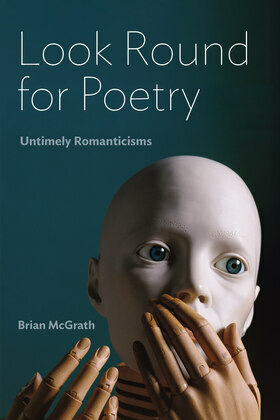 Look Round for Poetry

Poetry is dead. Poetry is all around us. Both are trite truisms that this book exploits and challenges.

In his 1798 Advertisement to Lyrical Ballads, William Wordsworth anticipates that readers accustomed to the poetic norms of the day might not recognize his experiments as poems and might signal their awkward confusion upon opening the book by looking round for poetry, as if seeking it elsewhere. Look Round for Poetry transforms Wordsworth’s idiomatic expression into a methodological charge. By placing tropes and figures common to Romantic and Post-Romantic poems in conjunction with contemporary economic, technological, and political discourse, Look Round for Poetry identifies poetry’s untimely echoes in discourses not always read as poetry or not always read poetically.

Once one begins looking round for poetry, McGrath insists, one might discover it in some surprising contexts. In chapters that spring from poems by Wordsworth, Lucille Clifton, John Keats, and Percy Bysshe Shelley, McGrath reads poetic examples of understatement alongside market demands for more; the downturned brow as a figure for economic catastrophe; Romantic cloud metaphors alongside the rhetoric of cloud computing; the election of the dead as a poetical, and not just a political, act; and poetic investigations into the power of prepositions as theories of political assembly.

For poetry to retain a vital power, McGrath argues, we need to become ignorant of what we think we mean by it. In the process we may discover critical vocabularies that engage the complexity of social life all around us.