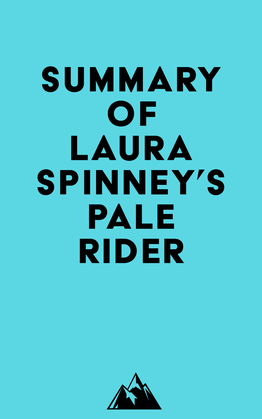 #1 The first written description of influenza was made by a doctor called Hippocrates in 412 BC. He defined an epidemic as a disease that propagates in a country. Hippocrates thought that disease was the result of an imbalance between the four humours or fluids that circulate in the human body.

#2 The Cough of Perinthus was probably not the first flu epidemic. The flu virus is transmitted from one person to another in tiny infected droplets of mucus that are flung through the air by coughs and sneezes. Snot is a fairly effective missile, but it can’t fly further than a few metres.

#3 The crowd diseases, such as measles, smallpox, tuberculosis, and influenza, were a result of the new collectives that farming supported. They burned through a farming population quickly, leaving them immune to re-infection. They could not be transmitted to humans, but they could be transmitted to other animals.

#4 The natural reservoir of influenza is generally thought to be birds, especially waterbirds. The big giveaway that a certain species plays the role of reservoir for a certain pathogen is that it doesn’t get sick from it.