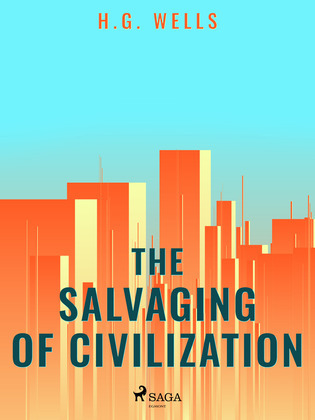 The Salvaging of Civilization

‘The Salvaging of Civilization’ is a thought-provoking non-fiction work by H. G. Wells, written several years after the First World War. Centred around the major issues of education and global development, this series of lectures severely criticizes the current educational situation. Wells provides utopian and futuristic ideas to construct a peaceful civilization. This book remains relevant and provocative as Wells’ socialist ideals argue for absolute control of the masses for better social outcomes. Wells professes the idea of the World State as the best version of the future in an interesting and wholly original way. It is clear to see why Wells was considered one of the great minds of his generation as many of his predictions are incredibly accurate, such as his theory that aerial bombing would be the future of war. ‘The Salvaging of Civilisation’ can be of interest both to fans of Wells as it gives incredible insight into his thoughts on humanity as well as for people interested in politics.

H. G. Wells (1866-1946) was a celebrated English writer, remembered mostly for his science fiction works. Often described as a futurist, H. G. Wells’ influence cannot be overstated for his works foresaw many technological innovations such as space travel, the atomic bomb, and the Internet. A four-time Nobel Prize in Literature nominee, Wells explored a wide array of themes in his works, from religion to social criticism and beyond. Some of his best works include the time-travel novel ‘The Time Machine’, the sci-fi adventure novel ‘The Island of Dr. Moreau’, and the mankind-versus-aliens novel ‘The War of the Worlds’. Wells occupies one of the central seats in the canon of science-fiction literature and his writing inspired other celebrated authors such as Ray Bradbury and Philip K. Dick. Wells’ stories are still widely read to this day and have had numerous cinematic adaptations including ‘The Invisible Man’ starring Elisabeth Moss.