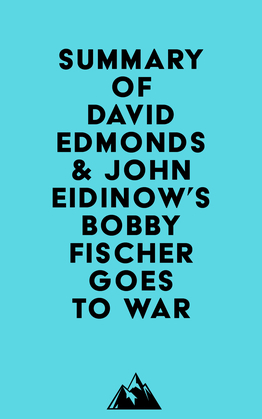 by   Everest Media (Author)
Excerpt
Nonfiction Nature, recreation and sports Games Checkers
warning_amber
One or more licenses for this book have been acquired by your organisation details
EPUB
55 loans, One at a time
Details
EPUB
40 loans, 10 Concurrent loans
Details

#1 The World Chess Championship has existed since 1886. But with this final, it became a front-page story for the first time. The games made news on television and stars of commentators. The meaning of the confrontation seemed clear to Western commentators: a lone American star was challenging the long Soviet grip on the world title.

#2 The end of the cold war has allowed us to see the individuals behind the Soviet monolith. The match was played out on many levels, with chess itself being only one.