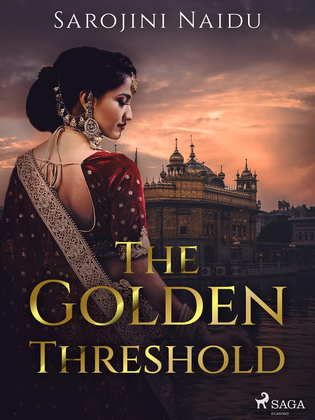 She was the 'Nightingale of India', and her voice was first heard in 1905 when 'The Golden Threshold' was published.

This collection of Sarojini Naidu's early work is already infused with the rich imagery and lush descriptions of India that she was known for.

Borrowing from the tradition of British Romanticism, the works are largely lyric poetry. But never mind the style, it is the substance that counts.

A rich range of content includes songs for music, folk songs and poems, all opening a window and allowing the scents and sounds of early-20th century India to blow in.

Evocative, educational, imaginative, charming...this is ideal for fans of Arundhati Roy's 'The God of Small Things' and the poetry of Daljit Nagra.

Sarojini Naidu (1879-1949) was an Indian poet and political activist.
She was educated in Madras, London and Cambridge, where she took up the cause of women's suffrage.

Back in India, she became a leading figure in India's struggle for independence from colonial rule.
Her poetry, which was vivid, colourful, evocative and challenging, earned her the title "The Nightingale of India".

In 1925 Naidu was made president of the Indian National Congress and in 1947 was appointed Governor of the United Provinces.