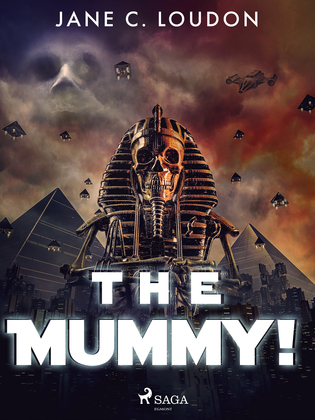 One of the earliest sci-fi novels in English literature "The Mummy!" is futuristic and entertaining; a must read not only for sci-fi enthusiasts but those who love 19th century literature.

Influenced and inspired perhaps by the unwrapping of Egyptian mummies in London and Mary Shelley’s "Frankenstein", the female author of just 17 years old, Loudon, takes us on a pioneering adventure set in the 22nd century.

It’s the year 2126 and the mummy of the Egyptian pharaoh Cheops is brought back to life by a mad scientist. We follow the reanimated mummy’s journey to England, his encounters with people he befriends and his shrewd advice on politics and life.

Discover the depths of Loudon’s imagination with her future filled with inventions and technology, predictions that are almost a reality today; automaton lawyers and surgeons, movable houses and a new mail system shot out of cannons. Her ideas on politics and social attitudes are way ahead of her time; feminism is touched upon with women ruling the country and wearing trousers.

A pioneer in the field of science fiction, Jane Wells Web Loudon (1807-1858) was an English author best known for her classic novel "The Mummy!"; inspired by her reading of novels, archeological findings, and imagination. She was one of the founding names in the genre, and was later deemed a Gothic, horror, or fantasy writer. The majority of her work, however, revolves around gardening and writing one of the first gardening manuals targeted at young women.