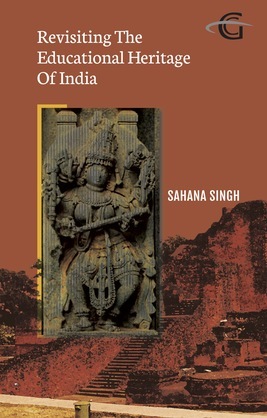 Revisiting the Educational Heritage of India

by Sahana Singh (Author)
Excerpt
Nonfiction Education and study aids Essays History History by country Asia India
warning_amber
One or more licenses for this book have been acquired by your organisation details
EPUB
Unlimited loans, One at a time
Details
EPUB
40 loans, 10 Concurrent loans
Details

Long before the first European universities appeared, India already had multi-disciplinary centers of learning that fuelled a knowledge revolution around the world. This book fills a dire need to chronicle the great educational heritage of India. It describes a unique ecosystem which ensured that Gurus and Acharyas handed the lamp of learning to generations of students. As the author puts it, “When swords quenched their thirst and famine ravaged the lands, Indians still held on to their truth that there was nothing more purifying than knowledge.” She has collated information from oral history, local lore, travelogs, surviving literature, inscriptions, salvaged manuscripts, and accounts of scholars and laity. Historically, the book covers a vast time span from ancient India’s traditions to the deliberate destruction of its heritage. It also outlines steps that can be taken today to incorporate the most relevant aspects of ancient learning systems into the current structure of school and university education.