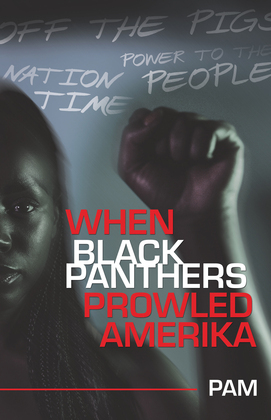 by Pam (Author)
Excerpt
Fiction Action & adventure Christian Historical
warning_amber
One or more licenses for this book have been acquired by your organisation details
EPUB
Unlimited loans, One at a time
Details

Nef, short for Nefertiti, is born and raised in the French West Indies. Her mother is a devout Catholic who believes in racial integration, while her father advocates armed revolution to bring down white rule around the world. Nef attends college in New York, graduating with a journalism degree, and then participates in the 1964 “Mississippi Freedom Summer” project led by Martin Luther King Jr.

Back in New York, the editor of the Harlem Herald hires Nef as a reporter. She covers fires and crimes in Harlem until her editor assigns her to do the newspaper’s first-ever investigative report, covering the Black Panther Party in Oakland.

Following the Party’s astonishing rise to national prominence, she meets Eldridge Cleaver and Huey Newton. Cleaver wants to unleash the Panthers immediately in guerrilla warfare against the police, whereas Newton wants to establish community programs in order to enlist the support of the black community when he decides to order the revolution to begin. As Nef gets more intimately familiar with Newton (whom the Panthers reverentially call “Servant of the People,” or “Servant” for short, and the FBI dubs as the “Black Messiah”), she begins to question his veracity and intentions.