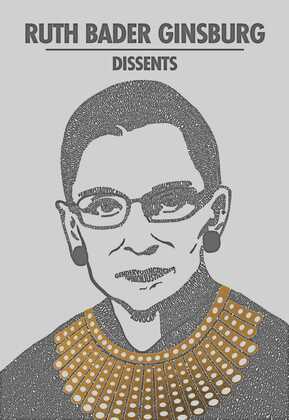 by Ruth Bader Ginsburg (Author)
Excerpt
Nonfiction Law Practice Social science Political science Government Judicial branch
warning_amber
One or more licenses for this book have been acquired by your organisation details
EPUB
Unlimited loans, 2 years, One at a time
Details

During her 27 years as an associate justice on the U.S. Supreme Court, Ruth Bader Ginsburg became well known for her strongly worded dissenting opinions against the decisions of the conservative majority. Ginsburg was a fierce supporter of women’s rights whose personal experiences helped shape her into a feminist icon who employed logical, well-presented arguments to show that gender discrimination was harmful to all members of society. Ruth Bader Ginsburg Dissents features 15 legal opinions and briefs, including majority and dissenting opinions that Ginsburg drafted during her time on the U.S. Supreme Court and briefs from her career before she was appointed to the court in 1993.