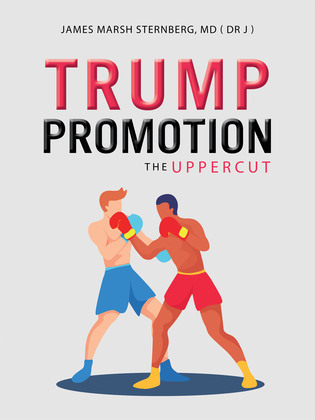 The Uppercut
by James Marsh Sternberg Md (Author)
Excerpt
Nonfiction Nature, recreation and sports Games Card games Bridge
warning_amber
One or more licenses for this book have been acquired by your organisation details
EPUB
Unlimited loans, One at a time
Details

How do defender’s win trump tricks? Other than having high honors, natural winners, it’s by getting an early ruff of a short suit. Far more fulfilling and intriguing possibilities arise in poking away at declarer’s trump suit and plucking out an unexpected trick. Trump promotion has been described as the magic of creating trump tricks that didn’t exist at the beginning of the deal.
The basis for this is simple. By putting declarer in a position where to win the trick he must ruff high, he promotes one of defender’s cards to a winner. At times this can be surprising and clever. Often when it seems you have no possibility of further defensive tricks, along comes a trump trick seemingly out of thin air.
A trump promotion, often referred to as an uppercut, creates a trump trick in a defender’s hand where one doesn’t exist. A couple of actions to note involve giving a ruff/sluff where declarer has no losers to discard. But partner is also void and ruffs high enough to force the next hand, either dummy or declarer, to ruff with a relatively high trump.
In this book, Jim takes you thru the various techniques of how defenders achieve trump promotion. There are many example deals followed by quiz deals to help you when you face these problems at the bridge tables.