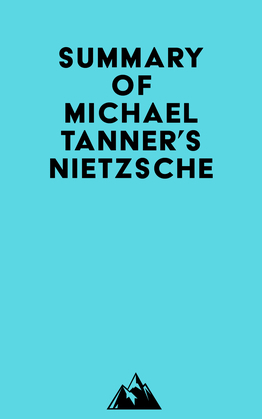 by   Everest Media (Author)
Excerpt
Nonfiction Human science Philosophy History & surveys Modern
warning_amber
One or more licenses for this book have been acquired by your organisation details
EPUB
55 loans, One at a time
Details
EPUB
40 loans, 10 Concurrent loans
Details

#1 Friedrich Nietzsche was a German philosopher who was largely ignored during his sane life, which came to an abrupt end in 1889. His reputation was low in England and the United States, but Walter Kaufmann, an emigré professor of philosophy at Princeton, began retranslating many of his key works and launched the enterprise with a book that had a determining influence on the way Nietzsche was viewed.

#2 Nietzsche is a prime example of how a philosopher can be appropriated by different schools of thought. He was largely ignored during his lifetime, and he believed that he had vital truths to impart to his contemporaries. But he was not accepted by the academic world.

#3 Nietzsche’s work has been extremely popular among different movements and schools of thought. His books are usually short essays, and he rarely signspost his changes of mind.

#4 Nietzsche spent a lot of time writing, and as a result, he produced many published books. However, he also recorded a lot of notes that he did not publish. His unpublished writing should be clearly demarcated from what he published.