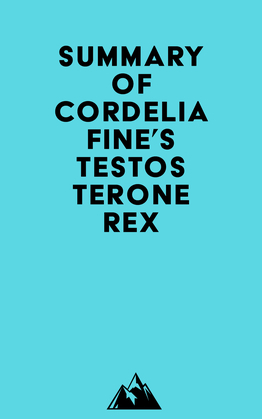 by   Everest Media (Author)
Excerpt
Nonfiction Science and technics Science Life sciences Biology
warning_amber
One or more licenses for this book have been acquired by your organisation details
EPUB
55 loans, One at a time
Details
EPUB
40 loans, 10 Concurrent loans
Details

#1 The British biologist Angus Bateman carried out a series of experiments with fruit flies in the middle of the last century. He found that the cause of males’ deviation from the female form seems to lie in the males having stronger passions than the females.

#2 The first explanation for why males compete was offered by Bateman in the 1940s. He suggested that it is due to the fact that males have more variation in their reproductive success than females do.

#3 The Bateman paradigm, which was the first scientific report of greater male variability in reproductive success, was based on the idea that males compete for females and spread their cheap, mass-produced seed among as many females as possible.

#4 The classic Bateman and Trivers papers are now largely cited for sentimental reasons. They were based on a study of the mating habits of fruit flies, and their conclusions were universalized to apply to women and men. But in recent years, there has been so much upheaval in evolutionary biology that the papers are no longer considered valid.