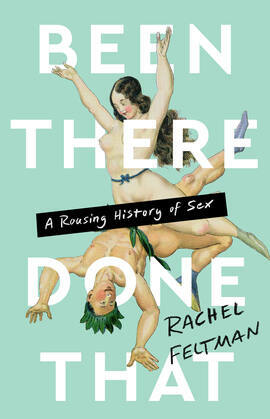 Been There, Done That

A Rousing History of Sex
by Rachel Feltman (Author)
Excerpt
Nonfiction Sexuality Science and technics Science Others History Social science Social work Criminology History Other Social history
warning_amber
One or more licenses for this book have been acquired by your organisation details
EPUB
Unlimited loans, 2 years, One at a time
Details

A rollicking, myth-busting history of sex that moves from historical attempts at birth control to Hildegard von Bingen’s treatise on the female orgasm, demystifying plenty of urban legends along the way.

Roman physicians told female patients they should sneeze out as much semen as possible after intercourse to avoid pregnancy. Historical treatments for erectile dysfunction included goat testicle transplants. In this kaleidoscopic compendium of centuries-old erotica, science writer Rachel Feltman shows how much sex has changed—and how much it hasn’t. With unstoppable curiosity, she debunks myths, breaks down stigma, and uses the long, outlandish history of sex to dissect present-day practices and taboos.

Feltman’s mischievous humor dismantles fear and brings scientific literacy to a subject surrounded by misinformation, and indeed, as it gravitates toward the strange, Been There, Done That delivers some sorely needed sex ed. Explorations into age-old questions and bizarre trivia around birth control, aphrodisiacs, STIs, courtship rituals, and more establish that, when it comes to carnal pleasures and procreation, there’s never been a normal, and sex isn’t something to be scared of.