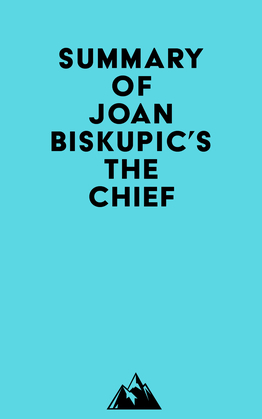 Summary of Joan Biskupic's The Chief

by   Everest Media (Author)
Excerpt
Nonfiction Social science Political science Government Judicial branch
warning_amber
One or more licenses for this book have been acquired by your organisation details
EPUB
55 loans, One at a time
Details
EPUB
40 loans, 10 Concurrent loans
Details

#1 John Roberts, the future Chief Justice of the United States, had a clear plan for his life at age 13. He wanted to attend an elite boarding school in Indiana. The school had been created by wealthy businessmen who wanted an academy in the tradition of the elite boarding schools of the East Coast but with a lay Roman Catholic character.

#2 The first draft lottery was held on July 11, 1863, at a provost marshal’s office on New York City’s East Side. Mobs roamed the city, setting fires to the homes of black families and white abolitionists.

#3 In May 1889, an unprecedented rainstorm soaked the valley, breaking an earthen dam that had been built fourteen miles upstream of the city. The dam had created a lake for an exclusive sports club frequented by the region’s wealthy industrialists. When it broke, Johnstown was crushed by a wall of water with a force as powerful as the Mississippi River.

#4 Jack and Rosemary Roberts’s first child, Kathy, was born in October 1953. They had a son in January 1955. Rosemary was more ambitious than her husband, and she pushed him to advance at Bethlehem Steel. She was excited about her son’s academic achievements.