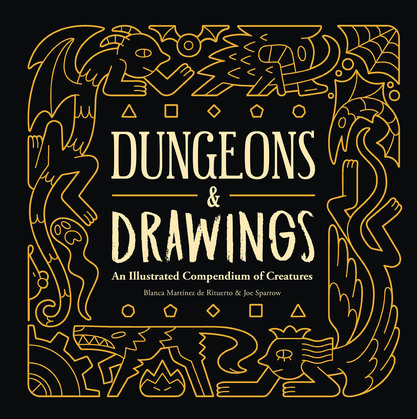 An Illustrated Compendium of Creatures
by Blanca Martínez de Rituerto (Author), Joe Sparrow (Author)
Excerpt
Nonfiction Nature, recreation and sports Games Role playing & fantasy
warning_amber
One or more licenses for this book have been acquired by your organisation details
EPUB
Unlimited loans, One at a time
Details

Whether they’re beasts, spirits, demons, or even aliens, most fantasy worlds are filled with monsters. Some are harmless—many more are deadly. Luckily for the discerning adventurer, this book is here to help distinguish between the two. As a popular series sold at conventions and on Etsy, animators Blanca Martinez de Riuerro and Joe Sparrow have compiled three volumes into one deluxe edition. Each creature comes with a full-color illustration, a set of simplified statistics, a description, and a history section indicating its folkloric history and the scientific phenomena that may have influenced its creation. With creatures like the Archdevil, Dryad, Fire Bat, Gold Dragon, Smoke Devil, Bomb Plant, Ettin, and Spirit Fox, any tabletop player will find the perfect creature for their next campaign.