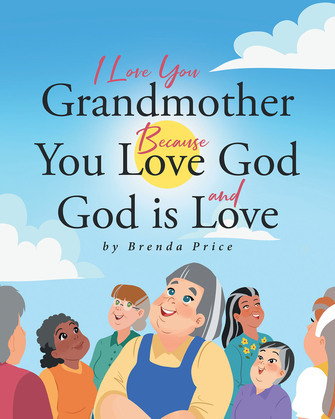 This book is about the mutual relationship shared by grandmothers and their grandchildren. The illustrator has done a great job capturing the various races and ethnicities that makeup grandmothers in the world today. My Grammom played an important role in the lives of my siblings and me. She raised her own twelve children and two grandsons (Frank Rosborough and John Saxton) to adulthood. And another Grandson (Willie Gill) lived with Grammom from age two until he was nine years old.

She was also there for moral support to help my mother raise her eleven children. (My father worked at Bethlehem Steel in Steelton, Pennsylvania, to financially support the family. He would come home when he was on vacation, on strike or laid off, and when it was time to plant and harvest the crops [i.e., cotton, corn, etc., and to slaughter the hogs].)

She would often give advice, and she cooked and baked delicious food to share with us. Some of my favorite foods prepared by my Grammom were vegetable soup, stickers, fried dried fruit pies, pound cake with chocolate swirl and sweet bread, between a biscuit and a cookie. When I was young, I used to drink coffee with her as we talked. I loved the sound of the percolator as the coffee perked. Curiously, she would put cheese in the bottom of her cup, pour the coffee in the cup, drink the coffee, and then spoon the cheese out and eat it.

Grandmothers are role models, teaching their grandchildren right from wrong. They sometimes literally raise their grandchildren, as Saundra Adams is doing with her grandson, Chancellor, who is the son of former NFL Panthers player Rae Carruth. The world witnessed former First Lady Michelle Obama’s mother, Marian Shields Robinson, move to the White House to assist the former First Lady and President Obama in raising their daughters, Malia and Sasha. I also watched my mother raise four of her granddaughters four years before her death.

My sister Deloris is currently helping raise her six grandkids. She is there to assist and provide overall support, however and whenever she can. She goes beyond the call of duty, the same as my mother and grandmother did. The same as many grandmothers have done and are doing throughout the world today.

Conclusively, Grandmothers are “queens,” they are “she-roes,” they are role models, and they deserve to be respected, cherished, and honored.