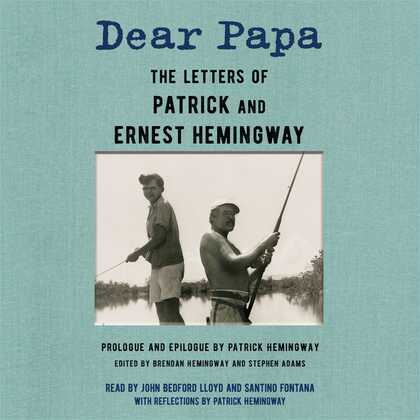 An intimate and illuminating glimpse at Ernest Hemingway as a father, revealed through a selection of letters he and his son Patrick exchanged over the span of twenty years.

In the public imagination, Ernest Hemingway looms larger than life. But the actual person behind the legend has long remained elusive. Now, his son Patrick shares the letters they exchanged over two decades, offering a glimpse into how one of America’s most iconic writers interacted with his children. These letters reveal a father who wished for his children to share his interests—hunting, fishing, travel—and a son who was receptive to the experiences his father offered.

Edited by and including an introduction by Patrick Hemingway’s nephew Brendan Hemingway and his grandson Stephen Adams, and featuring a prologue and epilogue by Patrick reflecting on his father’s legacy, Dear Papa is a loving and collaborative family project and a nuanced, fascinating portrait of a father and son.