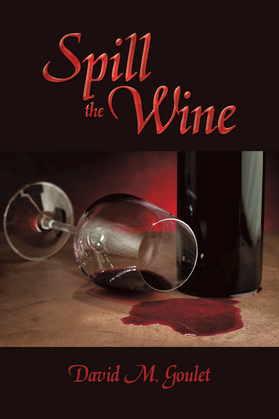 by David M. Goulet (Author)
Excerpt
Fiction
warning_amber
One or more licenses for this book have been acquired by your organisation details
EPUB
Unlimited loans, One at a time
Details

A Miami family returning from fishing on Biscayne Bay spots a body floating in the water. It’s the second body found in two months. The story is reported by an independent TV station. The local mob “family,” run by Richie Walnuts, owns the station and is behind the murders to conceal resistance to the sale of phony high-end “wine” to small independent Italian grocery stores.
Parker Gross, a small-time hustler and wannabe “family” member, has inherited a failing bug extermination business. Walnuts uses it as cover to bring the “wine” in through a sea port claiming it’s bug spray. Walnuts makes Gross the stations general manager to tip him off about police activities. One of the vans carrying the phony “wine” is high-jacked and the station is told what it really is. Gross is desperate to find the van so Walnuts won’t kill him.
Sarah Grace runs the news department at the TV station and was called about the stolen “wine” van. The station had broadcast the story about the body found in Biscayne Bay and now has a story about phony “wine.” She wants help with the story and assigns Dan Crosby, a cameraman, and former member of a secret military unit known only as “The Tribe” to find out more.
Crosby has no recollection of his past or that the White House and Pentagon were directing his military activities. Grace knows nothing about his background. On their first date, in Walnut’s restaurant, his memory is triggered. It was an assignment in Atlanta to “take Walnuts out” for cocaine distribution and stealing military weapons and selling them to a Middle Eastern country. Crosby failed the mission.
Crosby, suspects Grosses involvement, follows him to a meeting with Walnuts and then to a seedy sea port where Fat Tony, a Walnuts relative, helps get the phony “wine” off the ship. Crosby follows Gross to a warehouse in Little Havana and watches the “wine” changed into a high-end “wine” product not fit to drink.
Importing the “wine” is only a test for Walnuts. He is planning on bringing in a large quantity of cocaine and Gross, learning about it, plans to steal it. Crosby, finding out what is hidden inside the “wine” barrel, is tasked again by “The Tribe” and government officials to “get the job done this time” and stop Walnuts before he gets the cocaine. It’s Atlanta a second time. But a member of Walnuts “family” has other plans and something unexpected happens that Grace captures on film.
Will Crosby’s background be uncovered? Will Walnuts get away a second time? Will Grace accept who Crosby really is?