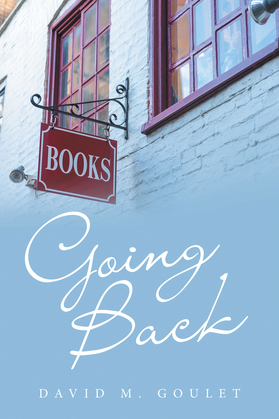 by David M. Goulet (Author)
Excerpt
Fiction
warning_amber
One or more licenses for this book have been acquired by your organisation details
EPUB
Unlimited loans, One at a time
Details

After the death of her husband Nancy Goldman remarries and hopes for a quiet life in Miami but is drawn into murder and drug smuggling after learning her new husband has stolen drugs from the “mob.” She made a terrible mistake marrying him and desperately wants a divorce after overhearing him tell someone he kills for them. She tells him she wants a divorce and he threatens to stop her by any means necessary. She has to run to stay alive.
A friend discovers her college fiancé, Dan Crosby, is a retired attorney who has written a book and dedicated it to her! He lives in Arizona. He hoped, but never expected, she would find his book. They haven’t seen each other in almost forty years. She asks her niece to find him. After he’s told about her wanting a divorce he agrees to go to Miami, with his dog Rudy, thinking he’s going to help, instead he is caught in a deadly game of murder, cocaine, and the “mob.”
Tony Goldman is desperate to keep his construction business afloat. He needed money and turned to the “mob” as a last resort for help. They now control his life. He has to transport cocaine to Detroit as part of his “loan,” resents what he has to do, and decides to steal some for himself. Now he’s running from them. Nancy finds out what he’s done and with Dan’s help steals his cocaine but they can’t go to the police - yet. They have to elude him to stay alive.
Tony knows Nancy stole his cocaine. He wants to find and kill her and get the cocaine back before the “mob” finds and kills him. Adding to his problems he learns Detroit “mob” boss, Carmine Rizzo, has come to Miami to make an example of him. Rizzo has to get the cocaine back before his boss kills him. Reputations must be maintained.
With the help of a Miami D.A. Dan creates a plan to bring Tony and Rizzo together so they can be stopped before Nancy is killed. So the cocaine can be kept off the streets and out-of-the-hands of the “mob.” But plans can sometimes go very wrong.
Will Nancy get her divorce or will Tony kill her and get the cocaine back? Will Carmine kill both of them? Will the “mob” win in the end? She wonders, because of Dan’s help, if this is a second chance for them or will he leave again?