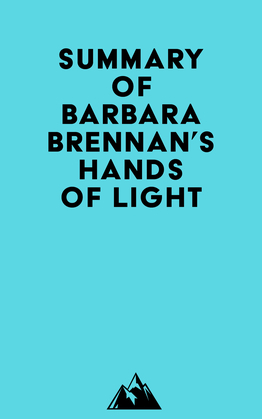 by   Everest Media (Author)
Excerpt
Nonfiction Esotericism, occult Magie, healing Healing
warning_amber
One or more licenses for this book have been acquired by your organisation details
EPUB
55 loans, One at a time
Details
EPUB
40 loans, 10 Concurrent loans
Details

#1 I have had the pleasure of working with many delightful people. My first client in 1984 was a woman in her late twenties named Jenny. She had been married for several years to a successful advertising man, but had had a miscarriage several months earlier. She needed to take a month off, go to the ocean, and take specific vitamins.

#2 I treated a man named Howard who had been seeing me for several months. He was a blue-collar worker who had retired. He was a delightful person to work with. After the first healing, his complexion was rosy, and the pain went away. After two months of weekly healings, he was dancing again.

#4 My childhood was very simple. I grew up on a farm in Wisconsin. I spent a lot of time alone, and I would spend hours in the woods alone, waiting for small animals to come up to me. I developed the ability to see beyond the normal human ranges of experience.