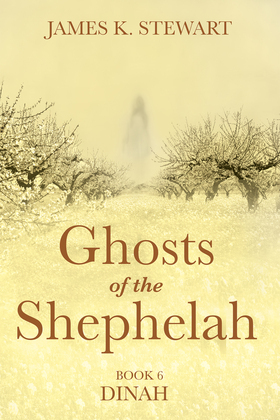 Ghosts of the Shephelah, Book 6

Dinah
by James K. Stewart (Author)
Excerpt
Nonfiction Religion Biblical studies Fiction Christian Historical
warning_amber
One or more licenses for this book have been acquired by your organisation details
EPUB
Unlimited loans, One at a time
Details

The story of Dinah has always intrigued James K. Stewart. Inspired by Anita Diamant's The Red Tent, he delved further into the male bias that states she was raped. The first thing he noticed was that the main character, Dinah, was voiceless. The second was that Shechem was madly in love with Dinah and willing to pay any amount of dowry. Through deceit and treachery, Simeon and Levi plot the merciless slaughter of a village to avenge one man's alleged rape of their sister. You are invited to read the story with the Hebrew verbs correctly translated and judge for yourself.

Samson is known as a hero, a Nazarene, and a judge. However, Nazarenes were forbidden any form of alcohol, sex with prostitutes, fighting, and killing. Each one of these sins, Samson enjoyed for most of his life. There is no record of him ever making a judgment even though he is said to have been a judge.

Esther is the brave young girl who risked her life so that exiled Jews in Persia might not be exterminated. Her story needs to be told and retold. Come, explore these tales of the past with the eyewitnesses who are now Ghosts of the Shephelah.