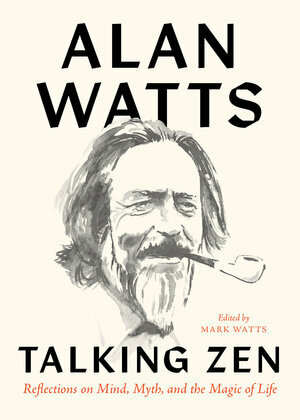 by Alan Watts (Author), Mark Watts (Editor)
Excerpt
Nonfiction Human science Philosophy Eastern Buddhism Religion Buddhism
warning_amber
One or more licenses for this book have been acquired by your organisation details
EPUB
Unlimited loans, One at a time
Details

Alan Watts's essays and talks range widely through psychology, art, religion, and politics, but always come home to the Zen core. For those familiar with Alan Watts’s style of presentation, the wonderful, memorable, and prophetic style of his voice is captured in this volume. Talking Zen puts on display Watts’s ability to explore the very subtle philosophies, those common across traditions and those unique to Zen, in ordinary and accessible language. These lectures paved the way for the rise of Zen in the West.