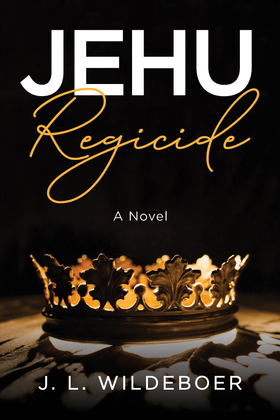 A Novel
by J. L. Wildeboer (Author)
Excerpt
Fiction Christian Historical
warning_amber
One or more licenses for this book have been acquired by your organisation details
EPUB
Unlimited loans, One at a time
Details

Chariot commander Jehu is anointed king of Israel to strike down the House of Ahab. Drawn from the biblical account of 2 Kings 9 and 10, this fictional narrative recounts Jehu's rebellion from his early years as a charioteer under King Ahab through his anointing by a prophet under Elisha and his assault against the royal house of Israel, told in the voices of Jehu, Queen Jezebel, King Ahab, Elijah, Elisha, Jezebel's daughter Queen Athaliah and granddaughter Jehosheba, High Priest Jehoiada, King Ethbaal I of Tyre, and others.

The union of Phoenician princess Jezebel and Ahab of Israel has combined the sea powers of Tyre and Sidon and the land power of Israel--a union that is being extended to Israel's sister kingdom of Judah with the union of Jezebel's daughter Athaliah with the king of Judah. The melding of Phoenicia, Israel, and Judah is reaching its tipping point as a harried prophet rushes into Jehu's army camp and anoints him king of Israel.

Jezebel, her prophets of Baal, her son King Joram of Israel, her daughter Queen Athaliah of Judah, and Athaliah's daughter Jehosheba conspire together and against each other as Jehu's rebellion threatens Jezebel's realm.