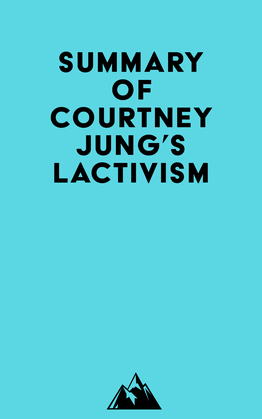 by   Everest Media (Author)
Excerpt
Nonfiction Health & fitness Daily living Motherhood Breastfeeding
warning_amber
One or more licenses for this book have been acquired by your organisation details
EPUB
55 loans, One at a time
Details
EPUB
40 loans, 10 Concurrent loans
Details

#1 Until the beginning of the twentieth century, most women breastfed their babies. However, the historical record shows that there have been no shortage of remedies for so-called lactation failure.

#2 In the United States, wet nursing was less common than it was in Europe. By the 1860s or so, mothers found a new option for feeding their babies: homemade formula.

#3 The wide-scale use of breast milk substitutes in the twentieth century led to a decrease in breastfeeding rates. Formula feeding was part of a broader philosophy called scientific motherhood, which favored formula feeding over breastfeeding.

#4 La Leche League’s support for breastfeeding was part of a broader rejection of scientific mothering. The League’s goal was to return mothering to mothers and replace the role of the pediatrician as expert with a supportive community of other mothers.