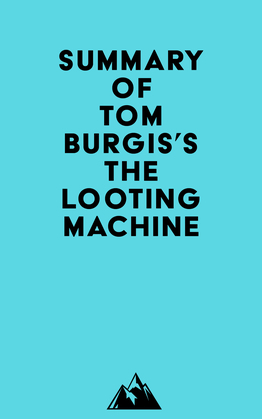 by   Everest Media (Author)
Excerpt
Nonfiction Nature, recreation and sports Nature Natural resources
warning_amber
One or more licenses for this book have been acquired by your organisation details
EPUB
55 loans, One at a time
Details
EPUB
40 loans, 10 Concurrent loans
Details

#1 Angola has some of the fastest economic growth rates in the world. The oil that underlies the country’s soils and seabed has fueled the country’s growth, but it has also fueled the fear that the oil brings.

#2 Manuel Vicente, who was the head of Angola’s oil company, Sonangol, drove hard bargains with the oil majors that have spent tens of billions of dollars developing Angola’s offshore oilfields.

#3 The Angolan government, led by President José Eduardo dos Santos, used oil revenue to expand the Futungo, a group that looted the country’s oil. When the International Monetary Fund examined Angola’s national accounts in 2011, it found that between 2007 and 2010 $32 billion had gone missing, a sum greater than the gross domestic product of each of forty-three African countries.

#4 In 2008, as Cobalt was negotiating exploration rights to put its theory about the potential of Angola’s presalt oil frontier to the test, the Angolans made a stipulation. Cobalt would have to take two little-known local companies as junior partners in the venture, with a minority stake.