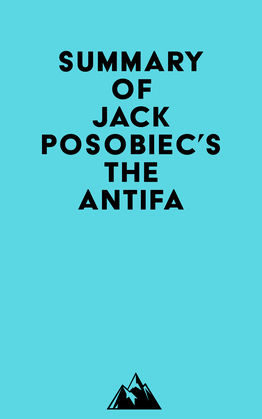 Summary of Jack Posobiec's The Antifa

#1 The summer of 2020 saw the emergence of black-clad militants known as Antifa, who joined in the riots and urged protesters to go further, to cross the line.

#2 The media began to connect the dots after the shooting, and found that the shooter, Connor Betts, had tweeted support for Antifa accounts and causes. He had long expressed hatred for conservatives, especially Trump supporters.

#3 The most disturbing early evidence of Antifa’s brutality is the shooting of Andrew Betts. While only a few of their actions have attracted attention from the largely sympathetic press, Antifa’s goals remain the same: social justice and hatred of capitalism.

#4 Antifa is an anti-government insurrectionist movement, guided by a belief in anarcho-communism, which combines critical ideas of anarchism and communism. Its emblem melds the black flag of anarchism with the red flag of communism.