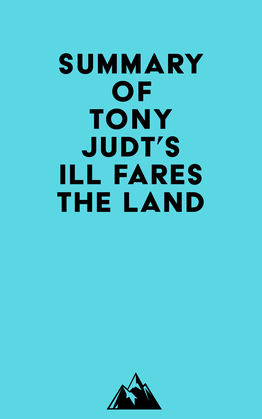 by   Everest Media (Author)
Excerpt
Nonfiction Social science Political science History & theory
warning_amber
One or more licenses for this book have been acquired by your organisation details
EPUB
55 loans, One at a time
Details
EPUB
40 loans, 10 Concurrent loans
Details

#1 Around us, we see a level of individual wealth that has never been seen before. Conspicuous consumption of redundant consumer goods has greatly expanded over the past generation.

#2 The symptoms of collective impoverishment are all around us. From the late 19th century until the 1970s, the advanced societies of the West were becoming less unequal. But since then, they have all become more unequal.

#3 The consequences of economic inequality are clear. There has been a collapse in intergenerational mobility, with the poor staying poor and economic disadvantage translating into ill health, missed educational opportunity, and alcoholism, obesity, gambling, and minor criminality.

#4 Income disparity exacerbates the problems. The incidence of mental illness is closely linked to income in the United States and the United Kingdom, whereas it is unrelated in all continental European countries.