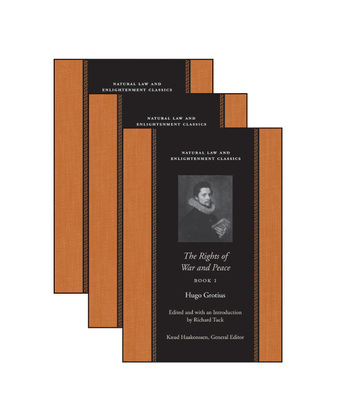 The Rights of War and Peace

by Hugo Grotius (Author)
Excerpt
Nonfiction Human science Philosophy History & surveys
warning_amber
One or more licenses for this book have been acquired by your organisation details
EPUB
Unlimited loans, One at a time
Details

Since the nineteenth century, Hugo Grotius’s Rights of War and Peace has been the classic work in modern international law, laying the foundation for a universal code of law.

Grotius’s continuing influence owed much to the eighteenth-century French editor Jean Barbeyrac, whose extensive commentary was standard in most editions, including the classic English one (1738), the basis for the Liberty Fund edition, which includes the Prolegomena to the first edition (1625); this document has never before been translated into English.

Hugo Grotius (1583–1645) was a lawyer and legal theorist, diplomat and political philosopher, ecumenical activist and theologian.

Richard Tuck is a Fellow of Jesus College, Cambridge, and Professor of Government at Harvard University.