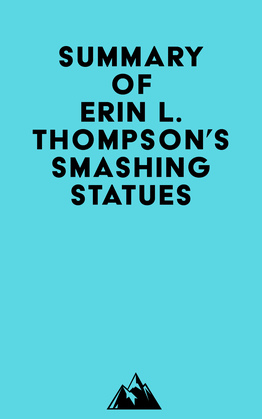 by   Everest Media (Author)
Excerpt
Nonfiction Nature, recreation and sports Antiques & collectibles Art Art & politics
warning_amber
One or more licenses for this book have been acquired by your organisation details
EPUB
55 loans, One at a time
Details
EPUB
40 loans, 10 Concurrent loans
Details

#1 The 4th Viscount Townshend was a good choice for raising alarm bells about what British troops could expect from the Americans. His plump face and the bags under his eyes made him look like George III, but he was far fiercer. He had served in the British Army in Canada under Gen. James Wolfe, assuming command of the troops laying siege to Quebec City after Wolfe was killed.

#2 The New York Assembly commissioned the golden George III, but not all New Yorkers were happy to see it arrive. The monument was a compromise, and while it proclaimed a loyalty to a certain version of reality not shared by everyone in the community, it still adorned New York as though no one had ever even considered disloyalty toward the king.

#3 The Declaration of Independence was signed on July 4, 1776, and New York’s Provincial Congress endorsed it a few days later. Gen. George Washington ordered it read aloud to the troops quartered in Manhattan. The soldiers heard about their unalienable Rights to Life, Liberty and the pursuit of Happiness. They learned that whenever any form of government becomes destructive of these ends, the people have the right to alter or abolish it.

#4 The lead that made the New York statue so easy to pull down was precious. The British had been refusing to allow colonists to import the metal necessary to make bullets, so the rebels were desperate to make ammunition.