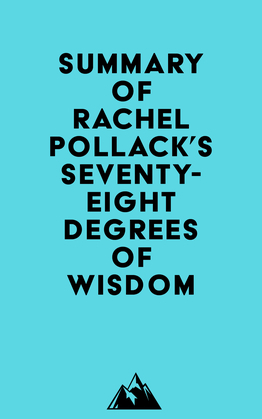 by   Everest Media (Author)
Excerpt
Nonfiction Esotericism, occult Magie, healing Magic studies
warning_amber
One or more licenses for this book have been acquired by your organisation details
EPUB
55 loans, One at a time
Details
EPUB
40 loans, 10 Concurrent loans
Details

#1 The image of a young man hanging upside down by his left leg from a wooden frame was derived from Christian tradition, which described St. Peter as being crucified upside down so he could not be said to be copying his Lord.

#3 The Tarot is a path of personal growth through understanding of ourselves and life. It is a way to draw us into its mysterious world, which ultimately can never be explained.

#4 The Tarot of Arthur Edward Waite, whose Rider pack appeared in 1910, is the most popular version of the cards today. It has been criticized for changing some of the trump cards from their accepted version, but it has a wide range of pictures that reflect the cards’ meanings.