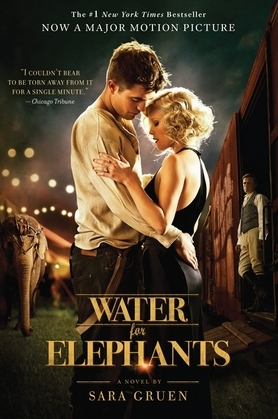 by Sara Gruen (Author)
Excerpt
Fiction Literary English literature American and Canadian literature
warning_amber
One or more licenses for this book have been acquired by your organisation details
EPUB
26 loans, One at a time
Details

Orphaned and penniless at the height of the Depression, Jacob Jankowski escapes everything he knows by jumping on a passing train—and inadvertently runs away with the circus. So begins Water for Elephants, Sara Gruen’s darkly beautiful tale about the characters who inhabit the less-than-greatest show on earth.

Jacob finds a place tending the circus animals, including a seemingly untrainable elephant named Rosie. He also comes to know Marlena, the star of the equestrian act—and wife of August, a charismatic but cruel animal trainer. Caught between his love for Marlena and his need to belong in the crazy family of travelling performers, Jacob is freed only by a murderous secret that will bring the big top down.

Water for Elephants is an enchanting page-turner, the kind of book that creates a world that engulfs you from the first page to the last.