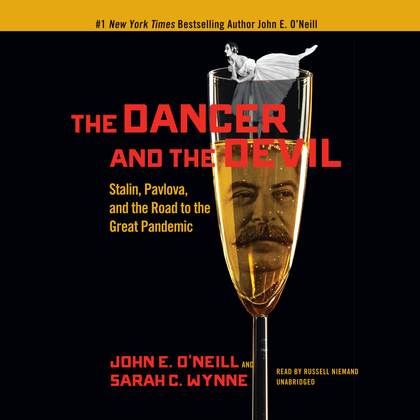 The Dancer and the Devil

“God is on your side? Is he a conservative? The Devil is on my side, he’s a good communist.”—Joseph Stalin

In the wee hours of January 23, 1931, the world’s greatest ballerina lay dying. As her lungs filled with fluid, the exiled Russian, Anna Pavlova, gasped to doctors that she had been “poisoned” by food in Paris, but to no avail. To a watching world, she symbolized the glories of pre-Soviet Russia. And for that, she had to die.

Joseph Stalin, chief murderer and dictator of the USSR, devised the most devastating system of poison labs and bioweapons the world had yet seen. In his effort to consolidate power, his assassins spread across the globe, striking dead dozens of famed exiles even as he slaughtered millions of his own people. But the dictator’s diabolical fascination with toxins did not end with his death or even the collapse of the Soviet Union.

In The Dancer and the Devil, #1 nationally bestselling author John O’Neill teams up with Sarah Wynne to expose the toxic reign of terror continuing today. As engaging as a novel and packed with historical research and testimonies from modern victims of communism, The Dancer and the Devil reveals how the spirit of Stalin lives on in the hideous human experiments being conducted in the concentration camps of North Korea, in Putin’s blatant assassination plots, and in the bioweapon plans of the People’s Republic of China.