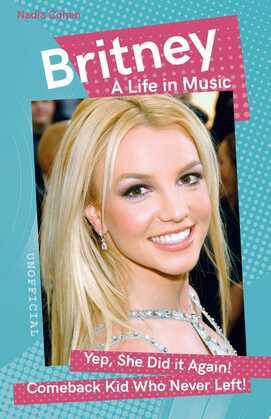 Free Britney became the clarion call for a generation of super-fans. Now read her whole story.

It’s the smile, it’s the struggle, Britney is a teen sensation. Over 20 years in the bright lights of fame, the harsh glare of public adoration and the ever-present danger of sliding into the mocking pens of jealous critics but still she carries on. Somehow she has survived the Michael Jackson effect of early success and now commands the respect of a new generation of teens. Since 2004, she has released numerous fragrances, adding up to over 1.5 billion (yes, billion) in perfume sales and the director’s cut version of her 'Womanizer' video is her most-watched video on YouTube, with 330 million views and counting. From Glee to X-factor, Britney is a fabulous, popular and enduring star with everyday qualities that make her fans love her and her music more and more as the years go by.