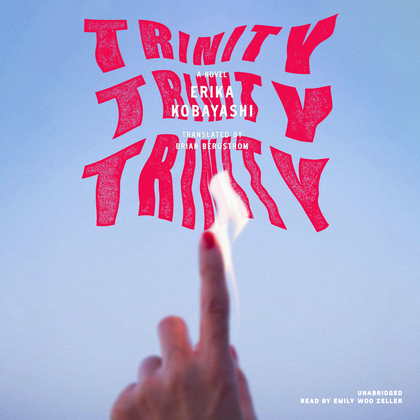 A literary thriller about the effects of nuclear power on the mind, body, and recorded history of three generations of Japanese women

Nine years after the Fukushima Daiichi nuclear power plant disaster, Japan is preparing for the 2020 Tokyo Olympics. An unnamed narrator wakes up in a cold, sterile room, unable to recall her past. Across the country, the elderly begin to hear voices emanating from black stones, compelling them to behave in strange and unpredictable ways. The voices are a symptom of a disease called “Trinity.”

As details about the disease come to light, we encounter a thread of linked histories—Prometheus stealing fire from the gods, the discovery of radiation, the nuclear arms race, the subsequent birth of nuclear energy, and the disaster in Fukushima. The threads linking these events begins to unravel in the lead-up to a terrorist attack at the Japan National Olympic Stadium.

A work of speculative fiction reckoning with the consequences of the past and continued effects of nuclear power, Trinity, Trinity, Trinity follows the lives of three generations of women as they grapple with the legacy of mankind’s quest for light and power.