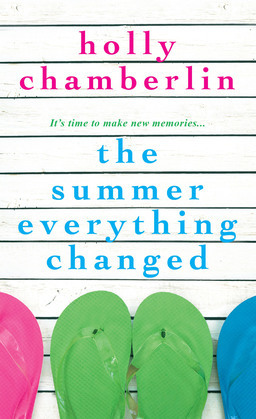 The Summer Everything Changed

by Holly Chamberlin (Author)
Excerpt
Fiction
warning_amber
One or more licenses for this book have been acquired by your organisation details
EPUB
Unlimited loans, One at a time
Details

In this touching novel, a Boston divorcée buys a Maine B&B where she juggles the demands of a celebrity wedding with being a single mother.

When Louise Bessire was living in Boston, she dreamed of another way of life, far from the phony smiles and small-talk of corporate dinners. Now she’s got what she wanted—though not exactly in the way she hoped. Blindsided by her husband’s affair, Louise has used her divorce settlement to buy Blueberry Bay, a picturesque bed and breakfast in Ogunquit. And with a celebrity wedding taking place on the premises this summer, business is looking up.

While Louise deals with paparazzi and wedding planners, her sixteen-year-old daughter, Isobel, is falling hard for local boy Jeff Otten. Being singled out by Jeff—nineteen, handsome, and from a wealthy family—almost makes up for her father’s increasing neglect. Yet even in the glow of golden beach days there are sudden, heart-wrenching revelations for both Louise and Isobel. It will be a summer that tests their strength and courage and proves that through every changing season, nothing is as steadfast as a mother’s love . . .