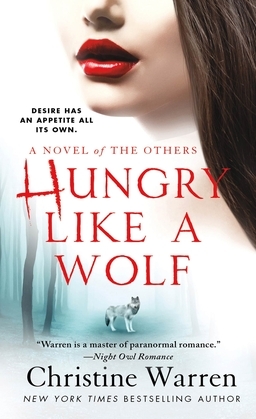 When her father died, Honor Tate inherited the alpha position for a pack of werewolves based in New England. But why her? Honor would have rather just lived a "normal" life, with the occasional run through the woods in her furry suit. Still, Honor was raised to put the welfare of the pack first?and now it's time to make a formal request that the alpha of the Silverback clan?the pack to which all locals owe fealty?recognize her as alpha of the White Paw. But instead of sending his support, the Silverbacks send Logan Hunter.
Logan Hunter would do anything to protect the Silverbacks?but his devotion comes with a price. For years he has been fighting his alpha instincts and the need for his own pack. But all that changes when Logan is sent on a mission to find out whether the new White Paw alpha really has what it takes to carry on her father's legacy. Powerful, spirited, and downright gorgeous Honor exceeds his expectations?and leaves him howling for more. Could it be that he's finally found his alpha mate? Or will old enemies, dueling loyalties, and an appetite for destruction stop him dead in his tracks?