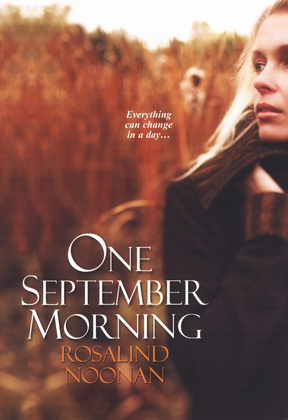 by Rosalind Noonan (Author)
Excerpt
Fiction Contemporary women
warning_amber
One or more licenses for this book have been acquired by your organisation details
EPUB
Unlimited loans, One at a time
Details

The moment Abby Fitzgerald sees two soldiers approach her front door, she knows her husband is dead. John Stanton, who gave up his career as a star NFL running back to serve after 9/11, has been killed in Iraq. Suddenly Abby's kitchen is overflowing with casseroles brought by the army wives' club to which she has never really belonged. And her in-laws arrange a lavish funeral at Arlington National Cemetery in spite of Abby's misgivings. John had grown to hate the war even though he loved his country, and Abby can't reconcile the complex man she knew with the version being portrayed by self-serving politicians, military, and the media.

Shell-shocked, Abby strives to cope with her own heartache while comforting John's loved ones, including his mother Sharice, his staunchly anti-war sister Madison, and his bitter younger brother Noah. But amidst her loss is a growing conviction that the truth about John's death is far from over.

Gripping, thoughtful, and emotionally powerful, One September Morning is a story of loyalty and betrayal, of a shattered family's journey toward healing, and of the courage it takes to confront the truth not just about our enemies, but about those we love best.