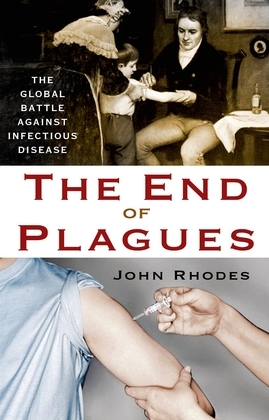 The End of Plagues

World-renowned immunologist John Rhodes?s The End of Plagues is ?an engaging and expansive exploration of humankind?s quest to defend itself against disease? (History Today).

At the turn of the twentieth century, smallpox claimed the lives of two million people per year. By 1979, the disease had been eradicated and victory was declared across the globe. Yet the story of smallpox remains the exception, as today a host of deadly contagions, from polio to AIDS, continue to threaten human health around the world.

Spanning three centuries, The End of Plagues weaves together the discovery of vaccination, the birth and growth of immunology, and the fight to eradicate the world?s most feared diseases. From Edward Jenner?s discovery of vaccination in 1796, to the early nineteenth-century foundling voyages in which chains of orphans, vaccinated one by one, were sent to colonies around the globe, to the development of polio vaccines and the stockpiling of smallpox as a biological weapon in the Cold War, Rhodes charts our fight against these plagues, and shows how vaccinations gave humanity the upper hand.