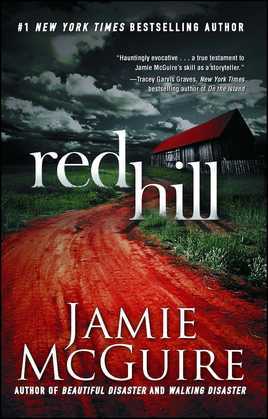 by Jamie McGuire (Author)
Excerpt
Fiction Horror Occult & supernatural Supernatural creatures Zombies English literature American and Canadian literature
warning_amber
One or more licenses for this book have been acquired by your organisation details
EPUB
Unlimited loans, 2 years, One at a time
Details

When the world ends, can love survive?

For Scarlet, raising her two daughters alone makes fighting for tomorrow an everyday battle. Nathan has a wife, but can’t remember what it’s like to be in love; only his young daughter Zoe makes coming home worthwhile. Miranda’s biggest concern is whether her new VW Bug is big enough to carry her sister and their boyfriends on a weekend escape from college finals.

When reports of a widespread, deadly “outbreak” begin to surface, these ordinary people face extraordinary circumstances and suddenly their fates are intertwined. Recognizing they can’t outrun the danger, Scarlet, Nathan, and Miranda desperately seek shelter at the same secluded ranch, Red Hill. Emotions run high while old and new relationships are tested in the face of a terrifying enemy—an enemy who no longer remembers what it’s like to be human.

Set against the backdrop of a brilliantly realized apocalyptic world, love somehow finds a way to survive. But what happens when the one you’d die for becomes the one who could destroy you?

Red Hill grabs you from page one and doesn’t let go until its stunning conclusion. This is #1 New York Times bestselling author Jamie McGuire at her unforgettable best.