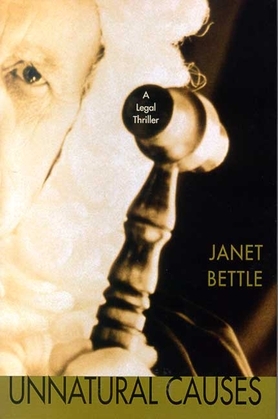 Geri Lander is a successful lawyer always ready to passionately defend the underdog. But when Joanna Pascoe comes to her for help in uncovering the truth behind her husband's mysterious death, even Geri believes she does not have much of a case. What has happened to Joanna's husband seems like a tragedy-a senseless, heart-wrenching tragedy.

But, as Geri digs a little deeper, she comes up with frightening questions, and no answers: Why should a perfectly healthy man like Dr. Pascoe die after a simple case of food poisoning, and why such a gruesome death? The further Geri delves, the more suspicious the circumstances become, and before long she discovers that Thomas Pascoe has died from something far worse than food poisoning. Dr. Pascoe is the victim of a deadly super-bug-a bacterium resulting from over-use of antibiotics in farm animals. Geri begins to investigate, only to be thwarted at every attempt to discover the truth. The authorities are curiously unwilling to help, more people are dying, and suddenly Geri finds herself in the middle of a dangerous conspiracy.

In this terrific first novel, Janet Bettle introduces a feisty heroine and brings a fresh and contemporary voice to the world of legal thrillers.