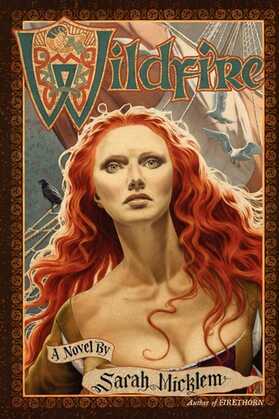 by Sarah Micklem (Author)
Excerpt
Fiction Fantasy Epic Historical English literature American and Canadian literature
warning_amber
One or more licenses for this book have been acquired by your organisation details
EPUB
Unlimited loans, 2 years, One at a time
Details

Sarah Micklem brings her lush prose and rich imagina- tion to the second installment of this epic trilogy, set in an imaginary world as real as history and as marvelous as legend.

Sire Galan has forbidden his servant and lover Firethorn to follow him to war, but she disobeys, and sets sail with the army of Corymb to the land of Incus. During the crossing, Firethorn is struck by lightning. She regains consciousness to find her speech garbled and her memory in tatters. Despite her injuries, others see her as blessed, for she has survived the touch of a god, Wildfire. Priests and soldiers search her nonsensical utterances for hidden prophecies.

In the aftermath of battle, Firethorn is captured by the defeated king of Incus. He takes refuge in the kingdom where Firethorn was born, a place she remembered only in dreams. There, a world away from Galan, she discovers not only the land and language she was born to, but a life of unexpected luxury and power. But this privilege has a high cost, one which Firethorn may not be able to bear.