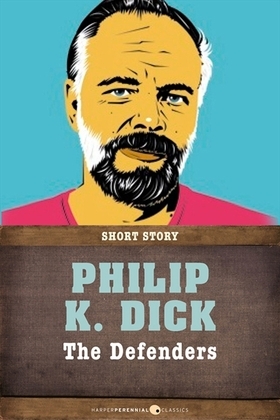 by Philip K. Dick (Author)
Excerpt
Fiction Science fiction Military English literature American and Canadian literature
warning_amber
One or more licenses for this book have been acquired by your organisation details
EPUB
26 loans, One at a time
Details

After a devastating war between the United States and the Soviet Union mankind has taken refuge beneath Earth’s surface. But the war continues above ground, with robots called “leadys” fighting on our behalf—or so the humans think. “The Defenders” was later expanded into a full-length novel entitled The Penultimate Truth, published in 1964.

Philip K. Dick was an American science-fiction novelist, short-story writer and essayist. His first short story, “Beyond Lies the Wub,” was published shortly after his high school graduation. Some of his most famous short stories were adapted for film, including “The Minority Report,” “Paycheck,” “Second Variety” (adapted into the film Screamers) and “We Can Remember It For You Wholesale” (adapted into the film Total Recall).

HarperCollins brings great works of literature to life in digital format, upholding the highest standards in ebook production and celebrating reading in all its forms. Look for more titles in the HarperCollins short-stories collection to build your digital library.