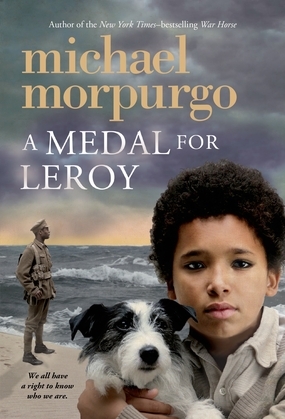 A Medal for Leroy

When Michael's aunt passes away, she leaves behind a letter that will change everything.

It starts with Michael's grandfather Leroy, a black officer in World War I who charged into a battle zone not once but three times to save wounded men. His fellow soldiers insisted he deserved special commendations for his bravery but because of the racial barriers, he would go unacknowledged. Now it's up to Michael to change that.

Inspired by the true story of Walter Tull, the first black officer in the British army, award-winning author Michael Morpurgo delivers a richly layered and memorable story of identity, history, and family.