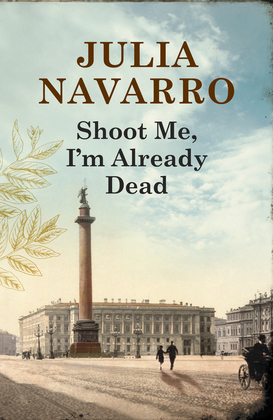 The gripping story of two families struggling to overcome their own destinies.

A mosaic of treachery and revenge, of possible and impossible loves, and of the great adventure that is living and surviving in a land marked by intolerance and outrage.

Marian Miller, an NGO aid worker, is asked to write a report on illegal Jewish settlements on Palestinian territories. In order to do so, she wants to make sure she understands both sides of the story. Marian arranges a meeting in Israel with Ezekiel Zucker, an elderly man who, like many others, has a lot to tell and also, a secret to hide. Ezekiel will narrate his story as if it were a massive jigsaw puzzle with many complex pieces and Marian will tell him the version she's familiar with: the Arab one.

At the twilight of the 19th century, the Zuckers are banned from their homeland of Russia because they are Jewish. After undergoing unspeakable horrors and injustices under the tsar's rule, they set out for the Promised Land and buy land owned by the Ziads, an Arab family headed by a man named Ahmed. The two men, Ahmed Ziad and Samuel Zucker, will establish a strong bond, a friendship that can overcome religious and political differences and that will continue on for generations.

This riveting family saga that culminates in 1948 is not only Julia Navarro's best and most ambitious novel yet, it's a tale filled with real people taking responsibility for their own destinies by following their dreams and fighting for their lives. An unforgettable novel that, like all of history's greatest books, conceals many novels within.