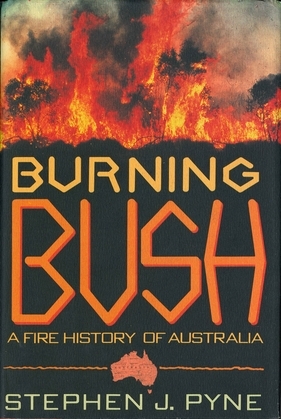 From the time of the continent's formation tens of millions of years ago as the Godwana twin of Antarctica, Australia has been dominated by fire much as its sister has been by ice. Now Stephen Pyne, one of our foremost environmental historians, proposes a major reinterpretation of the Australian experience by using fire and Australia to explain one another. He narrates the story of how fire came to Australia and interacted with the Australian biota and its human inhabitants, while at the same time he relates the planetary saga of fire as it has been played out on this special island continent. Much as the Aborigines exploited fire to remake their environment into something more usable, so Stephen Pyne exploits fire to transform the landscape of history into something more accessible, to use its transmuting power to extract new meaning out of familiar events. Pyne traces the impact of fire, from its initial influence on the evolving vegetation of the new continent, through its use by the Aborigines and the subsequent European settlers, to the holocaust of February 1983 known as Ash Wednesday, and he shows us that the dynamic nature of fire has made it a most powerful environmental determinant in Australia, shaping both its social and natural histories. In his critically acclaimed study of Antarctica, The Ice, Pyne explored the myriad dimensions of the cold continent; now Burning Bush offers us an equally absorbing examination of a continent informed by fire.