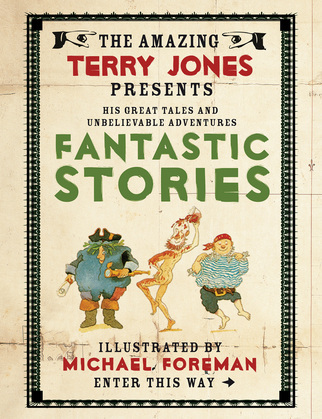 by Terry Jones (Author)
Excerpt
Fiction Juvenile & young adult
warning_amber
One or more licenses for this book have been acquired by your organisation details
EPUB
Unlimited loans, One at a time
Details

This amazing collection of stories, written by the hilarious Terry Jones and illustrated by Michael Foreman, will have both children and parents rolling with laughter. This collection is packed full of adventure, magic and fantasy.

Meet a man who has eyes all over his body and sees everything but what is most important, a boy who is the best tickler in all of the land and a gigantic ogre, where the only thing bigger than him is his idiocy.

A fabulous new digital edition of the classic story collection from Monty Python's Terry Jones. Illustrated by favourite award-winning illustrator Michael Foreman. This is a treasury of stories that will be read again and again

Other titles in the series: Fairy Tales and Animal Tales.